“The Doctor Said the Fetus Was Dead and Sent Me for an Abortion, But In the Hospital, They Heard A Heartbeat”

“The Doctor Said the Fetus Was Dead and Sent Me for an Abortion, But In the Hospital, They Heard A Heartbeat”

Dana Keter-Hamra’s obstetrician broke the news that her fetus was dead and referred her to an abortion clinic, but when she reached the hospital, she was shocked to reveal that the fetus was very much alive.

Her story went viral and has stirred furious responses from thousands of women. “I could have gone through the abortion of a healthy fetus due to medical negligence!” Dana vented during an interview to Israel’sChannel 13 Hazinor television program.

The following is Dana’s post on social media (all identifying details of the doctors involved have been omitted).

My home pregnancy test came back positive. It was my first pregnancy, and I was ecstatic.  I made an appointment for an HMO ob-gyn.

He did an ultrasound, detected a sack that matched 6 weeks, but wasn’t sure if there was a heartbeat. He opened a pregnancy file for me and recommended that I return 3 weeks later for a followup check.

Following my mom’s advice, I made an appointment for a private doctor. He had an awesome bedside manner and did comprehensive tests. Then he told me that I was 7 weeks pregnant with a single fetus, and that everything looked normal. He gave me instructions for the next weeks, and I went home elated.

At 10 weeks, I returned to the HMO doctor after forgetting my phone at my friend’s house (that’s important for what comes next). I asked him for advice, and he asked what kind of advice I wanted? I told him that I’d like him to tell me what I should and shouldn’t do, like I know that I shouldn’t eat sushi, etcetera. He replied, “So if you know, why are you asking?”

Next, he did a quick ultrasound without saying a word. When the silence stretched, I asked him what he sees, and he replied, “A dead fetus.”

My world came crashing down on me. I began to cry. Tears streamed down my face, and I asked him again and again, “Are you sure? What should I do?” I begged him to check again.

Ignoring me, he printed a referral for an expanded ultrasound and told me to call the answering service to make an appointment.

I told him that I wanted an appointment immediately. If there’s no heartbeat, it could be urgent, I argued. He replied that, at this point, there was nothing urgent at all, and I should make a regular appointment and return with the answers.

I was on my own, without my phone. With no choice, I called the answering service using the clinic’s phone, and a call service representative blandly said that I could have an appointment in another 22 days. Miserably, I explained that it was urgent and that I’d drive anywhere in Israel for an immediate appointment, but she said that if it was so urgent, the doctor would have noted it on the referral.

I returned to the doctor devastated, anxious, despairing and powerless, and he laconically told me that there was nothing to do.

I appealed to the nurses (something I learned to do at a young age), to the receptionists and to anyone I could think of. I didn’t give up, shouting and crying and pleading with them to help. The head nurse was sympathetic, and she took matters into her own hands, heading to the doctor and actually begging him to issue an urgent referral to the emergency room.

He finally agreed, but not before summoning me back to his office. I came, ready to grab the referral and fly to the emergency room, but he stopped me, looked me in the eye, and told me something I’ll never forget:  “I’m a human being, and I can make a mistake, but this time, know that there is no mistake. You can make an appointment for an abortion and take pills.”  He spoke without a drop of empathy, without conducting a comprehensive scan and with a cold, arrogant manner.

I took the referral and left, stopping at home to Facebook my friend to bring me my phone. I sent another message to my husband to meet me urgently in Tel Hashomer’s ER, and flew out the door. When I reached the place where I was supposed to meet my friend, she wasn’t there yet, and I simply burst into tears, overcome with grief and panic.

Someone stopped me, gave me a cup of water and a phone to call my husband who was still at work. He heard me crying hysterically and tried to calm me down. Between my tears, I begged him to come to the hospital because the doctor said that the fetus was dead. He could barely hear, let alone understand me, but he promised to find someone to cover for him at work and join me as soon as he could.

I hurried to the ER where they admitted me compassionately and relatively quickly. They asked why I’d come, if I was bleeding, if I was running a fever or had any other symptom.  and I told them that everything was normal, even though I was still suffering typical pregnancy symptoms of vomiting, dreadful nausea and chronic exhaustion.

They took my blood pressure and then did an ultrasound (using the identical machine that the HMO had used to check me in the clinic). The only difference was that, this time, they actually took time to look.

The doctor checked, and my heart nearly stopped beating from anxiety. All along, I could only pray to G-d that he’d have good news.

At some point, he stopped checking, looked at me and said, “I’m sorry to tell you, but it seems like you’re going to continue vomiting for a while—because everything is fine. The fetus is perfectly fine. And…I recommend you switch doctors.” He let me hear the fetal heartbeat, and I burst into tears, releasing the physical and emotional tension of the past hours. I wept and wept and called my husband and mom to share the miraculous news.

A little more than six months later, it was Week 31, and I felt the onset of early contractions (what many call false labor).

I went to an urgent care center (obviously, I’d switched clinics after the previous disaster and medical negligence). They took me seriously and hooked me up to a monitor, but instead of the standard 20 minute check, they kept me there for an hour-and-a-half, because I really was having contractions! This time, my husband was thankfully at my side.

After the monitor, I was told to see the doctor. When I entered the room, I couldn’t believe it. It was none other than my angel-doctor! The one from the hospital who’d shared the news that my baby was alive!

I introduced him to my husband, and incredibly, the doctor remembered me and told me that he’d been so touched by my story that he’d even shared it later that evening with his wife.

My due date is coming up, and I’m looking forward and hoping that the same doctor will be on duty when I deliver!

A strong possibility because he works frequent shifts there.)

And as far as the negligent HMO from the clinic? I complained four times to the administration before they investigated the incident. Eventually, I received a phone call from the director of the health fund’s gynecological department who apologized for the incident and negligent care I’d received. I also received a call from the branch director who apologized on the doctor’s behalf and said that he was a “relatively new doctor who apparently wasn’t aware of all the options for handling the situation.” I was infuriated by the response!

A quick investigation of my own revealed that the doctor has been employed by the health fund for five years already. Not so new.

My personal vendetta will be the day when I enter his office with my baby and show him that he’s not only a human being who makes mistakes but also an awful, unprofessional doctor who nearly killed my baby. I’m still weighing the option of a lawsuit.

Are you considering abortion? Do you know someone who is in a rough situation who is on the brink of making this irreversible decision?

We’re here for you! Hidabroot’s I aM Alive (IMA) Department will do everything in our power to support you before and after childbirth. Give your baby another chance! Don’t end his or her life now—before it’s even started!

Contact IMA, which offers free help, counseling and guidance to women in order to prevent abortion: 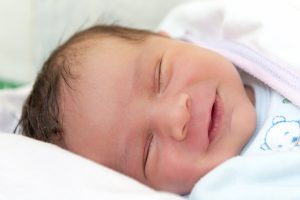